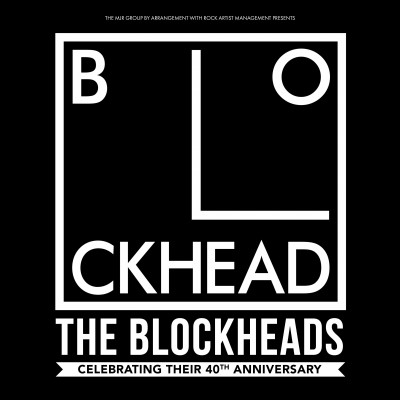 Buy Tickets for The Blockheads

Formed in 1977 to promote Ian Durys’ album ‘New Boots and Panties’ on the first Stiff Records tour of the U.K. - Chaz Jankel, Norman Watt-Roy, Charlie Charles, John Turnbull and Mick Gallagher - became known as The Blockheads.
As Ian Dury & The Blockheads they went back out on tour, and in 1978 released ‘What a Waste’ a single that reached #5 in the U.K. charts. They were then joined by saxophonist Davey Payne and toured the U.S.A supporting Lou Reed across the U.S.A.
In 1979 ‘Hit me with your Rhythm Stick’ (#1 in the UK charts) and ‘Reasons to be Cheerful, Part 3’ (#3 in the UK charts) were released along with the classic 'Do It Yourself' LP.
In 1982 Ian Dury & The Blockheads disbanded until the early 1990's when they reformed to perform at the 'Madstock' festival in Finsbury Park headlined by Madness.